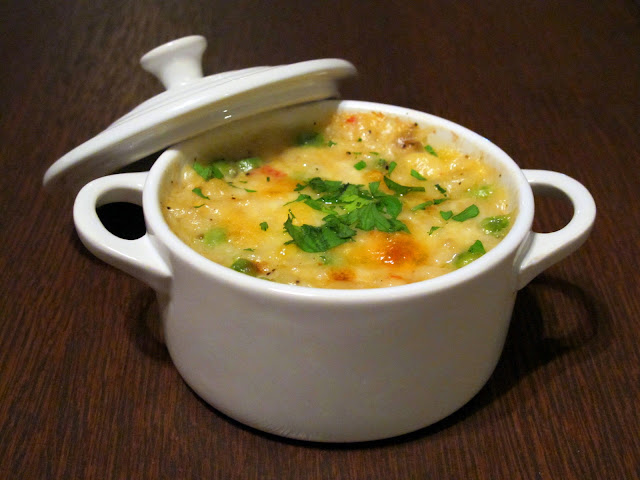 so i’ve started this blog to share my inspiration for cooking, learning, and pretty much anything culinary.  i’ve quit my job and am starting over (a little late in life) because i want to prove that you can have a job that you are passionate about, and food is my passion.  but where did that all begin?  when did i go from enjoying the blue box of kraft cheese & macaroni to making my own gourmet version with lobster and orzo pasta?  when did i get the cooking bug?
i think the first seed was planted in college when i worked in a family-owned italian restaurant.  i was able to see the hard work that went into preparing various recipes that had been passed down through generations, and also serve that same food to the family who had brought the recipes to america from northern italy.  the history was paramount and the food constantly tasty.
the second seed came from the road.  i’ve been on the road for at least half of the last 10 years.  oops, i think i forgot to mention the band.  we’ve been together  for 10 years and we’ve been really fortunate in where our touring lives have taken us – i humbly say, pretty much all over.  so when you are lucky enough to travel to new cities and foreign countries but only have about 48 hours, the best way to get to know a city is through its cuisine.
which leads us to the recipe below.  we had been on tour for a few weeks when our bus rolled into philadelphia around 6pm.  thrilled that we had a night off before a gig the next day and excited to have options beyond the typical truck-stop fare, we started to scour around looking for a restaurant with a good vibe and terrific menu.  we ended up at the continental, and immediately the lobster mac ‘n’ cheese piqued my interest.  after finding out what everyone else was ordering, i was sold.  the mac ‘n’ cheese was oozy and hot with a delicious brown crust, and the lobster was tender and succulent.  i decided then and there that i wanted to make it when i got home, and almost a year to the date i did.  my significant other had the great idea of adding english peas to the dish, which give it an extra pop of texture and breaks up some of the richness. 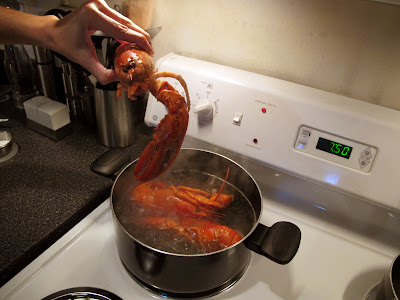 3 – 1-lb. lobster tails (i use whole lobsters for stock later, but the tails are easier)
8 oz. – orzo pasta
4 oz. – gruyère cheese (shredded)
6 oz. – fontina cheese (shredded)
1 oz. – parmesan cheese (for topping only)
6 oz. – frozen peas (about a half bag)
1 cup – heavy cream or half & half
kosher salt & fresh ground pepper
chopped flat leaf parsley for garnish
boil the lobsters for about 10 minutes or until bright pink. remove the lobsters from the water and let rest until cool enough to handle.  in a small sauce pan, bring some of the lobster water back to a boil and add the orzo pasta and a pinch of salt.  the orzo is super small but puffs up nice and fluffy after about 10 minutes.  separate the lobster meat from the shell and cut into hefty chunks.  combine the pasta, the cheeses, the peas, and lots of cracked pepper in a large bowl.  make sure to save a little of the 2 main cheeses for the top.  stir in the cream.  if the mixture seems too dense stir in 1 ladle of lobster water.  the mixture should be able to stir with ease and not be “soupy.”  spoon the mixture in a shallow baking dish or into separate oven proof containers (see below). sprinkle the last of the gruyère, fontina and all of the parmesan on top.  bake for approximately 30 minutes in a 350º oven. for the last 5 minutes, set your oven to broil for a perfectly golden cheesy crust.

i like to use these little le crueset dishes – they are awesome and oven proof. i cook it in the oven without the lid (to get the brown bubbling above) and then I put the lid on after to keep it super warm. it’s practical and also a perfect way to present the yumminess that’s inside.  enjoy!